How Renewable Energy May Affect Boilers in the Future

With carbon emissions rising and causing harm to our planet through global warming, many world leaders have pledged to make changes to help reduce their emissions. 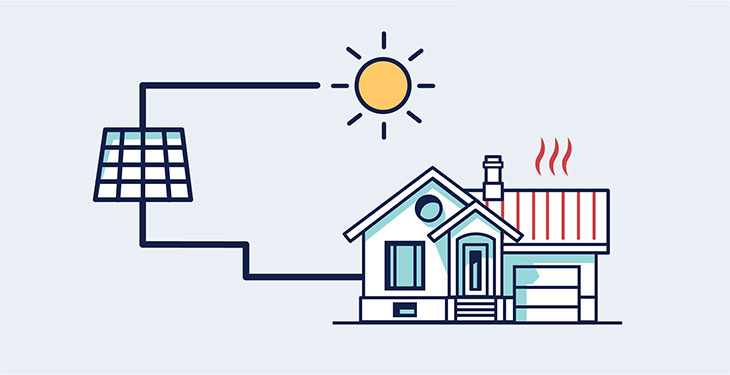 With carbon emissions rising and causing harm to our planet through global warming, many world leaders have pledged to make changes to help reduce their emissions.

Britain agreed to the world’s first legally binding commitment, The Climate Change Act, to cut greenhouse gas emissions by 100% by 2050.

However, research conducted by the Committee on Climate Change (CCC), revealed that energy use in homes accounted for 14% of the total UK emissions in 2017 and the committee then warned that without the near-complete elimination of greenhouse gas emissions from UK buildings, the UK will not meet its target.

Not only does this work towards reducing climate change, but they also have the added benefit of never running dry (hence the name ‘renewable’), unlike fossil fuels which will soon be used up.

So how will all of this affect the way in which we heat our homes?

On 13 March 2019, then Chancellor of the Exchequer, Philip Hammond, announced that there would be a ban on installing ‘fossil-fuel heating systems’ in any domestic new build properties from 2025 onwards, including gas and oil boilers. The announcement was part of the Future Homes Standard, just one of the government’s many schemes to tackle climate change.

What Will Replace Gas and Oil Boilers?

There are a few options when it comes to heating your home more sustainably, some of which will be more suitable for certain homes than others. Below are some of the most common types of gas and oil boiler alternatives.

Heat pumps are devices that absorb natural heat found in the ground, air or water and compress it to increase the temperature which then heats the cold water in the system that is pumped to your radiators and hot taps.

The easiest system to install is an air source heat pump due to its ability to draw in surrounding air over the heat exchanger, as opposed to a ground source heat pump which requires the installation of pipework around your home to extract heat from the ground, in turn making it more expensive.

Unlike a traditional boiler, heat pumps don't require gas or oil as they solely use electricity. Should this electricity be from a renewable source, there will be no carbon emissions produced, however, most electricity sources use fossil fuels, therefore meaning heat pumps aren’t entirely carbon-free.

These boilers work in a very similar way to a gas boiler, with the exception of electricity being used to heat the water.

In the same way as heat pumps aren’t completely carbon-free when the electricity is produced through burning fossil fuels, electric boilers aren’t either, unless you invest in renewable sources such as solar panels.

Whilst they work in similar ways, there are some disadvantages of having electric boilers compared with gas ones, such as their inability to meet the heating and hot water demands of large properties in the same way gas boilers can and the high cost of electricity compared to natural gas.

The average cost of gas fuel in England, Scotland and Wales (per kilowatt-hour) is 4.17p, whereas electricity can cost anywhere between 9.76p-20.03p. This makes the prospect of choosing electricity over gas unlikely, especially with approximately 2.4 million UK households expected to be in fuel poverty already.

Whilst solar heating systems can’t entirely eliminate your gas use, they can reduce it by up to 60%, which is a sizeable saving, especially if used across large numbers of homes. These systems use heat from the sun to warm your hot water, even in colder weather, through solar collectors. The hot water is then stored in a tank, similar to a conventional boiler system.

The system can be installed on flat or slanted roofs and can be mounted to walls. They can also be installed alongside your existing gas boiler to help reduce your home’s carbon footprint.

Some drawbacks of solar thermal heating, however, are that most people tend to use their heating and hot water during the mornings and evenings whilst the solar energy panels only receive solar energy during the daytime (sometimes only for a few hours during winter).

This means that any water heated by solar energy must be saved up for later use in an additional hot water cylinder, something which may not be suitable for smaller homes with limited space.

Here’s are some things to consider before investing in solar panels:

If you’re thinking about buying a new boiler in the near future, you may be unsure as to whether you should purchase a gas boiler or opt for an electric boiler, heat pump, solar heating system or any other alternative to a gas boiler.

If climate change is a concern of yours and you are worried about a gas boiler being inefficient, you can rest easy knowing that iHeat only install A-rated efficient boilers.

A new combi boiler should be around 90% efficient, so replacing your old boiler with another gas combi boiler could save you up to £380 a year on energy bills according to The Energy Saving Trust. Get a free fixed quote on a brand new boiler today with iHeat. 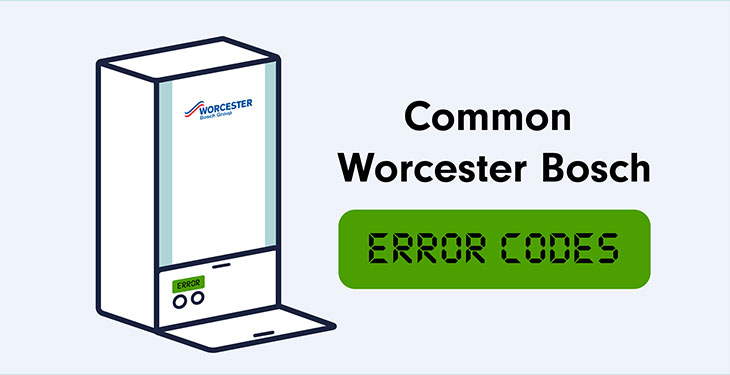 In this guide, we are going to highlight the most common Worcester BOSCH errors that can show up on your boiler and explain what they mean. 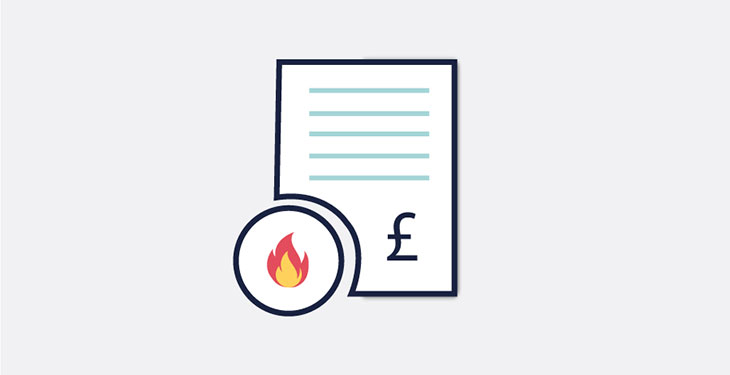 How You Can Lower Your Heating Bill

Nobody wants to waste money. Our experts at iHeat tell you the best ways to ensure you do not overspend on your heating. Contact us today on 0333 305... 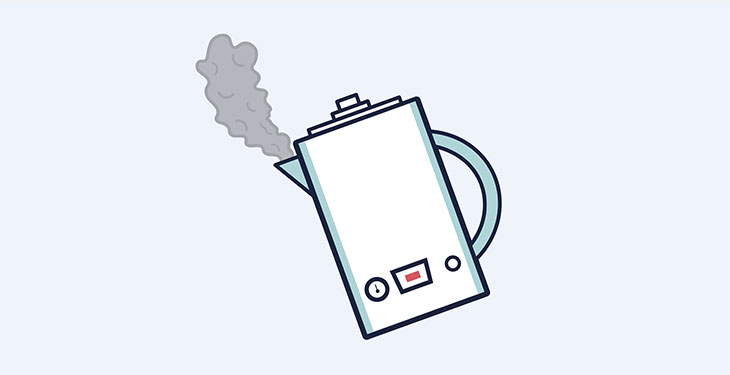 How Do You Fix a Boiler Kettling Noise?

Is your boiler making some strange noises? Chances are its 'boiler kettling' and here is how you fix it.