A complete guide to getting that boiler working again and some common fault codes and how to fix. 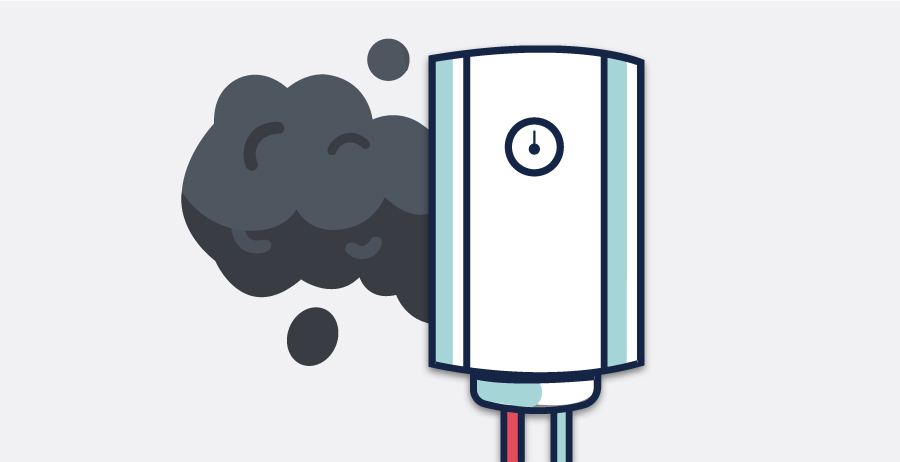 What's in this article?

Important, Smell Gas? If you think you have a gas leak or can smell gas, leave the house and phone the National Gas Emergencies number immediately on 0800 111 999.

See how we can save you money

Boilers are complicated pieces of equipment, but many people rely on them to get hot water and proper heating in their home. Unfortunately, like all complex machines, they can sometimes simply break or stop working, even during the installation process.

Whether it is an issue with the radiators, the water supply or just a misplaced valve, it can be hard to notice your boiler not working until the problem has already started putting pressure on your other appliances.

Here are the top broken boiler issues that can plague most modern boilers and possible solutions. Some are minor, but others will require an engineer to be called out to repair it.

Knowing the difference between a DIY boiler repair job and a situation where calling for a full engineer quote is important. 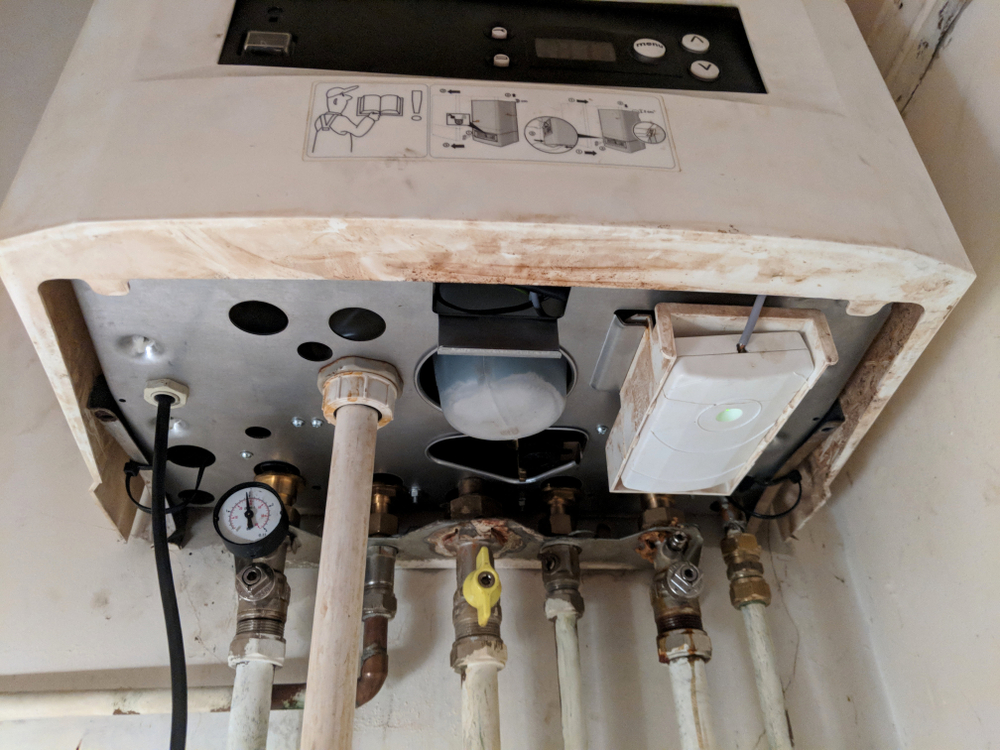 Why would a boiler stop working?

The general purpose of most boilers is to heat up and transport water to various different appliances. Almost everybody who owns one got their boiler for hot water, so you can usually assume that it is an issue with the supply or pipes in some way.

If even a single pipe or valve is broken, it could lead to the entire boiler system losing water pressure and struggling to keep the flow moving. On the other hand, if it is the heating system that breaks, the water might not be warming up properly at all. 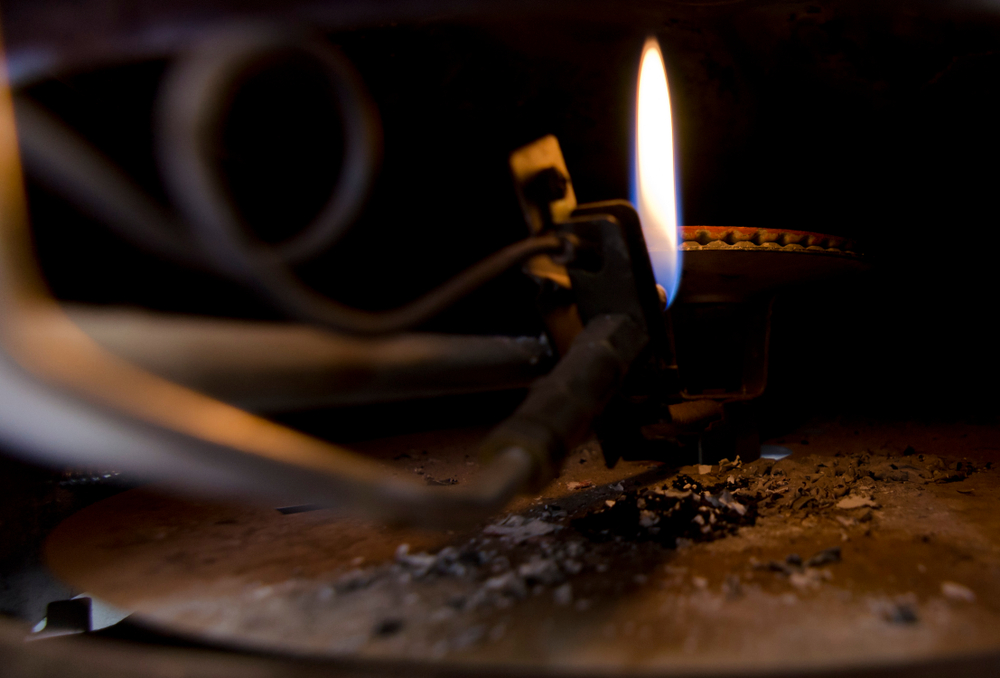 In general, if your boiler simply "stops working", then there is something wrong with the system that's affecting its ability to actually provide the hot water you need. A small leak or worn-out heating system can reduce its efficiency or make the pressure drop slightly, but it wouldn't break everything in an instant, which hints at it being a bigger problem.

How do you restart a boiler?

Different boiler models such as combi boilers have their own unique designs and functions, but many modern ones have their own automatic lockout systems that will prevent the system from turning on if there is something wrong.

To get it working again, you'll have to reset it, even if the problem has been fixed - with no reset, the boiler won't "know" that it's repaired. This lockout or shutdown feature can activate for various reasons, a key one being unsafe conditions, such as the wrong type of gas or a sudden spike/dip in electricity.

It's not too difficult to reset your boiler, but it can take a while to find the required buttons. Almost all modern boiler models, both electric and gas appliances, have a restart button somewhere on their body, either in the main control panel or placed around the back like a last-ditch safety measure. You'll have to get access to the system yourself, so be prepared to open up the cupboard or panel it's placed behind

If you can't see a button, you should check your manual or an online guide to help you track it down. Some models have them hidden away to stop users from accidentally resetting the system while they're adjusting different parts, but others will put them in very visible spots. Be careful when following a manual's instructions, since your boiler may be installed at an angle rather than straight ahead.

If you have a Viessmann 050-W combi boiler you can see the online manual here for more information.

Once you find it, you should follow the manual again for advice. If you can't find any information, try holding the button for around ten seconds: this is more than enough time for an average boiler to fully restart - then you just need to wait a few minutes for the system to re-ignite. Avoid pressuring the button again unless you're absolutely sure it hasn't worked since this can break some of the important components inside. 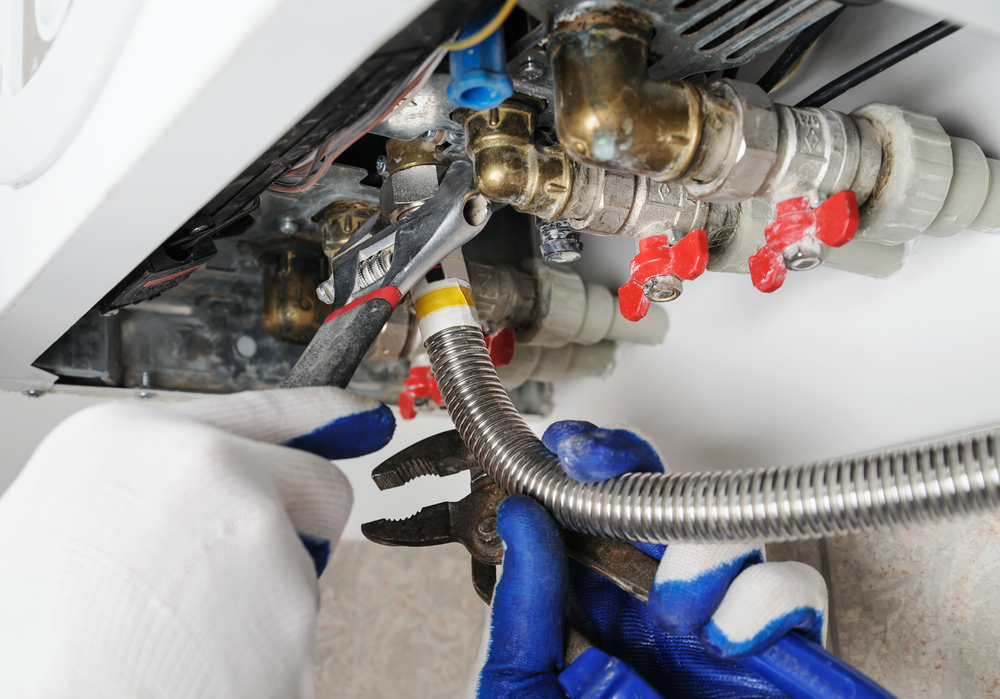 How do I know if my boiler is broken?

The easiest way to tell if a boiler has stopped working is to see if there's no hot water. A lack of central heating, radiators that don't provide heat or other obvious signs could hint that something is very wrong with the boiler in terms of its heating system - either the heating itself or the fuel/power that's needed.

If a boiler is still clearly showing that it's using power (this is most obvious on electrical ones, since they may have power gauges or digital displays), it's clear that the problem isn’t a lack of fuel. In these cases, simply restarting the boiler or re-connecting it to the electricity/gas mains won't be enough, since the issue is still in there somewhere.

The pilot light may be out

If you notice gas boilers not working as they should be, you might have to look at the pilot light or the gas supply and figure out how much fuel is actually getting through. All gas appliances need a near-constant gas supply to work correctly, and if none of it gets to the pilot light (or the pilot light isn't working), then it can't ignite and ensure that you get the temperature that you need.

These are only surface-level problems, though: there can be some much more serious issues that take a lot longer to fix. For example, if you notice that the pressure gauge has dropped by a significant amount, then a pipe or valve has broken in a way that makes it hard for water to move around properly.

On the other hand, if it's too high, your condensate pipe might be broken or frozen instead, meaning that the water's not able to leave the system properly and is getting backed up. Both of these can be dangerous if left unchecked, so you need to fix the pressure right away: for low pressure, look for leaks in the pipes (both before and after the water passes through the boiler), and try to fix high-pressure problems by getting the condensate pipe or some key valves replaced.

Time to get an engineer out

It's not always easy to tell if your entire boiler is broken, but if it is not working and doesn't seem to be turning back on even if you reset it, then there is likely a major issue with the entire system. At this point, getting an engineer involved is key: every second of a boiler not working is a second of wasted fuel, as well as potentially increased damages and repair costs.

Some boiler models have error codes to help you identify why they are not working. They can be a shorthand way of identifying many different boiler issues and might even give you some insight into how to fix the current problem. Always be sure to check your boiler manual if you notice that it's started flashing or displaying digital codes since getting them wrong can be a massive problem in its own way.

Here are some of the most common: make sure you follow them as closely as possible if they apply to your boiler.