Boiler Losing Pressure, What to Do?

If your boiler is losing pressure you should identify the cause as soon as possible. 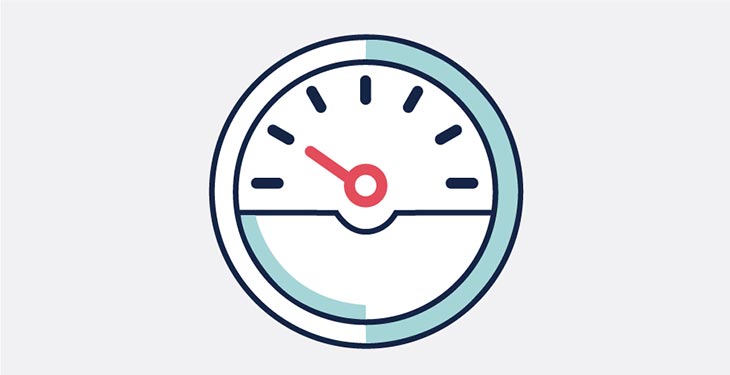 If you've got a boiler losing pressure, then it's important that you check every possible issue before trying to fix the problem.

Whats in This Article?

Identifying the cause is almost as important as noticing the low-pressure boiler in the first place, especially when it comes to deciding if you need to contact an engineer for advice.

What Causes a Boiler to Lose Pressure?

Low boiler pressure can be caused by two major problems, both of which occur in different ways.

The first involves a water leak somewhere in the pipework: if left unchecked and unidentified, a leak can reduce the overall pressure of the water, as well as wear down the pipe and let extra air into the system.

In worst-case scenarios, this might even result in a pipe starting to wear down faster, making the leaks bigger and causing more water to be wasted.

This could even flow down onto other parts of the system or unrelated areas of your home, damaging key parts of your radiators or central heating system.

The other common cause of pressure loss is with the boiler itself. If there are no leaks and none of the other appliances are faulty, then your boiler may simply be too old, broken or damaged to move water through a certain pipe properly.

Thankfully, there are ways to fix this, but it varies depending on the sort of boilers you have installed.

Low pressure, on its own, won't usually be dangerous, unlike high pressure. However, if your boiler suddenly loses pressure at a rapid rate, it could be a sign that water is leaking out somewhere in your home.

This leak might damage electronics or break important appliances, and not having hot water can make it difficult to stay warm in cold weather.

Even if you aren't in any danger, you'll need to pay for more fuel to get the same amount of heat, no matter how good your radiators may be.

Why is My Central Heating Boiler Losing Pressure?

Central heating is one of the most important uses of a boiler in any home. Many people in the UK use a combi boiler, due to them being the cheapest and most accessible option - this generally means that it will be connected directly to the house's heating.

If you spot low pressure on boiler readings, you can expect the heating to get less efficient almost immediately.

If your pressure gauge doesn't find your boiler pressure low, then it's likely happening somewhere further in the system.

A leak in pipes further in the system, past the boiler, won't appear on your pressure gauge, since it only checks a small section of your entire system.

If this is happening, the issue isn't with the boiler, and might actually be with a radiator (or multiple radiators) elsewhere in the house.

What Should the Pressure be on a Boiler?

Different boiler models have different limits, but most boilers are designed to be around 1 and 2 bar units. If the boiler pressure is too high, you can use a pressure relief valve to try and reduce it, but you can't do the same with boiler low-pressure issues.

It might simply be a case of adjusting a certain valve to let more water through, filling the main pipe and increasing the amount of force it's putting on the system.

Always check your manual before you make an adjustment like this. Taking the pressure too high or low, even for a second, can waste fuel and might end up with you losing control entirely.

If you leave it as an excessive amount for too long, you could even end up destroying a large part of your heating system, especially if the boiler relies on the constant movement of water to function properly.

How to Top-Up (Re-pressurise) Your Boiler

Restoring the pressure to your boiler isn't usually that tricky, and you don't need to call out an engineer unless it starts leaking or a valve becomes too faulty to use anymore.

As mentioned earlier, the pressure is generally directly related to the amount of water filling the system, which is why a leak will reduce it so much. The less air you have filling a radiator, the more efficient its heating will be.

First of all, make sure you check the manual to get important deals about each valve, as well as figure out if you're using a combi boiler or not. Switch your boiler off completely, and then attach a filling loop from the mains.

Open both major valves so that water can start leaking in - you're essentially flooding the system with water directly. Once you reach your desired pressure (around 1.5 bar, in most cases), close the valves and turn the boiler back on, resetting it if necessary.

Boiler Keeps Losing Pressure, Even After Being Re-Pressurised?

If the top-up didn't' fix your boiler pressure, something else is causing the pressure to leak out of the system instead. The more you're losing, the bigger the air or water leak, so you'll need to track it down quickly. These issues might include:

Should I Try and Fix Myself?

If you notice your boiler losing pressure and you want to fix it on short notice, it can be tempting to try and handle the entire issue yourself. While it is not usually dangerous, you can still end up damaging your boiler if you are not careful.

A boiler losing pressure can be repaired by one person and some basic tools, but only if you know what you are supposed to be doing.

For example, if pressure is dropping because of a leaking pipe, then you should ideally patch up the pipe that is leaking. But how do you do that, exactly?

You can sometimes just use clean rags and tape to seal the crack, but depending on the pressure level, this can eventually wear down or become too weak to hold the water in.

Replacing a pipe can be just as complex since you will have to shut off the water, get access to the leaking pipe, remove it, find a replacement, fit it, and then make sure that everything is properly sealed.

That can be a lot of work for a single person, especially if you do not have any kind of experience with boilers in the past.

If you can identify the problem and know how to fix it, then there is nothing wrong with trying to repair the issue yourself. However, remember that there are also occasions where you won't know enough to make the changes yourself, and you might even cause more harm if you are not careful.

In cases where your boiler is suffering from pressure problems, you might have to get an engineer or specialist in to repair it for you.

There can be dozens of reasons why a boiler is losing pressure, and not all of them are immediately obvious without taking the boiler unit apart. Of course, once you take it apart, you risk losing pieces of damaging something.

For things like a small leaking pipe, you can usually fix it yourself, but an engineer might be able to identify why that pipe, in particular, was the one that got damaged.

Sometimes there are outside causes of leaks that do not appear straight away, such as corrosion-causing leaks or a bending pipe that is more likely to wear down faster.

Keep in mind that it costs money to get an engineer out, so you will want to set some funds aside just in case. Even getting them to check the boiler might cost you extra, so it is not always the most affordable option for smaller problems.

Even so, it can be cheaper than replacing the entire boiler once it breaks down completely due to not being fixed.

On the other hand, there are many cases where a boiler issue absolutely cannot be fixed by somebody who is not properly trained, especially gas boilers that can be dangerous if handled incorrectly.

More extreme types of damage are best left to a trained professional, and you should never try to fix something that you do not understand or have the instructions for.

Certain electronic boiler models use error codes to tell you about major problems, such as a leak or sudden increase in the amount of air in the system.

Using these codes can help you track down problems before they become more significant, and might even help you fix the system before it puts itself into a lockdown or shutdown mode.

Keep in mind that not all codes will apply to all boiler models, and some of them might only appear under certain circumstances. Always look in your manual for this documentation so that you don't make a mistake and try to solve the wrong problem. 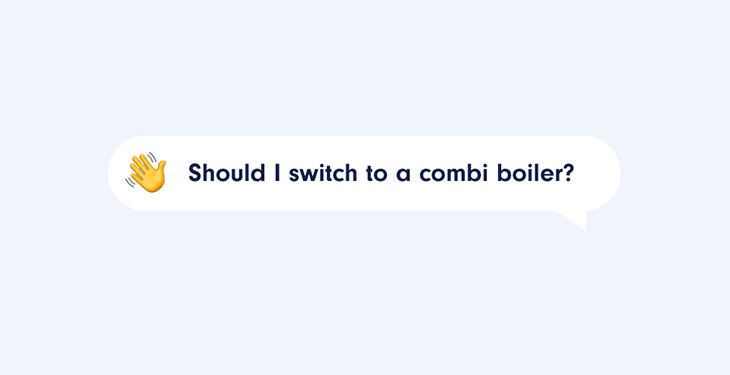 Should You Convert to a Combi Boiler?

If your boiler is over 15 years old or in need of a replacement, you should consider replacing it with a combi boiler. 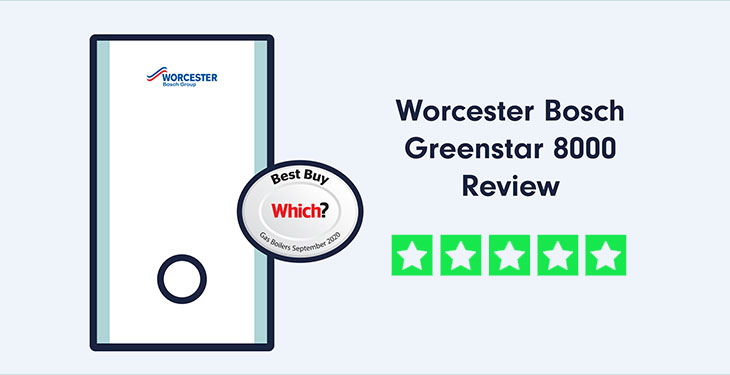 The Worcester Bosch 8000 boiler comes straight from one of the UK's best-selling boiler brands, read more on its features and price. 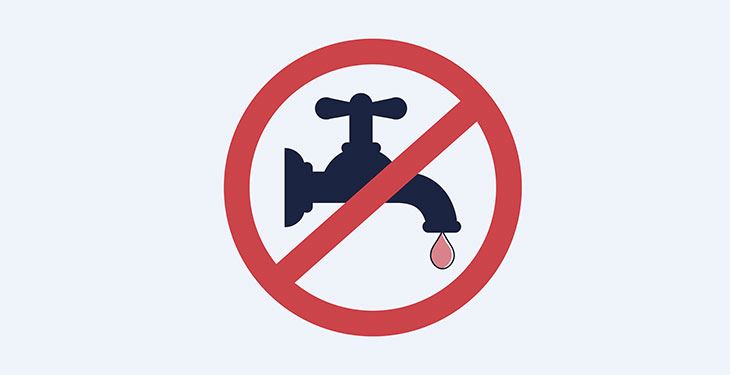 No Hot Water From Boiler?

Here are the most common reasons for not getting any hot water from your boiler and how you can fix them.