How to Fix a Faulty Heat Exchanger

In this guide, we’re going to be explaining what a heat exchanger is, some common causes for problems and how to fix them. 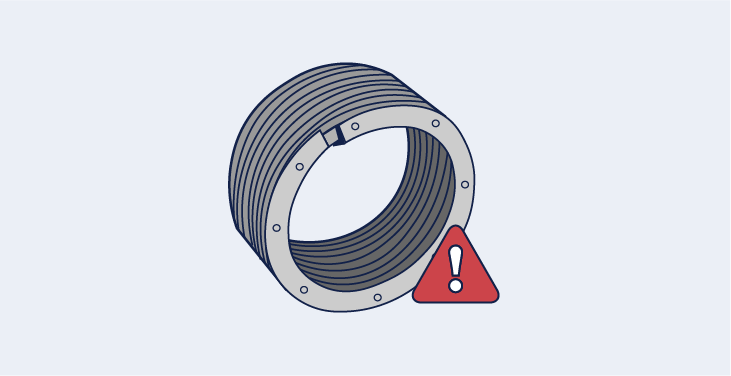 Is your boiler not quite working as it should, with no clear signs as to why? It could very well be an issue to do with a faulty boiler heat exchanger in your boiler.

Not sure what that is? Not to worry! In this guide, we’re going to be explaining what a heat exchanger is, some common causes for problems and how to fix them.

Get a free fixed price quote for a new boiler installed fast!

What is a Heat Exchanger?

First of all, let’s take a look at what a heat exchanger actually is to help you identify where the problem lies.

A heat exchanger is a component inside your boiler that works by converting the energy from gas into heat to warm up your water that is fed in through the flow pipe.

Once the water has been heated, it then circulates around the system (your radiators, heated towel rails and pipework etc) and returns to be reheated again via the return pipe. This process is repeated until your home has reached your desired temperature.

How to Diagnose a Faulty Heat Exchanger

As with any other internal component of a boiler, the heat exchanger can become faulty over time through wear and tear, leading to a number of issues which negatively impact the effectiveness of your central heating system.

Here are some of the most common issues to look for which will help you diagnose a faulty boiler heat exchanger.

One problem commonly associated with the heat exchanger is a buildup of limescale. In parts of the country with hard water, limescale can wreak havoc on appliances and pipework as the high levels of calcium and magnesium minerals build up, leaving a chalky white deposit and causing cracks and other types of damage to the system. 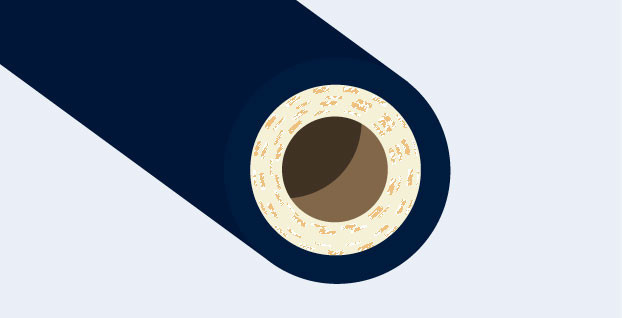 Limescale deposits can cause overheating within the system, leading to steam and bubbling which can produce whistling noises called kettling.

The overheating can also lead to a development of cracks and broken sealing in components such as the heat exchanger, causing them to become leaky. These leaks usually deposit at the bottom of the boiler casing and will need to be emptied every now and then.

How to Resolve a Limescale Buildup

Unfortunately, in many cases, by the time you have realised you have a buildup of limescale in your heat exchanger, the damage has already been done and there isn’t much you can do to fix it, meaning you’ll either have to replace the heat exchanger, which can be incredibly expensive, or replace the entire boiler unit itself.

Generally, it makes more sense financially to replace the boiler itself, particularly if your existing boiler is old and inefficient. You can get a brand new A-rated efficient boiler with iHeat in as soon as 24 hours! Get a free, fixed price quote today.

To prevent the buildup of limescale in the future, you can carry out regular maintenance which will keep your system running smoothly. These include: 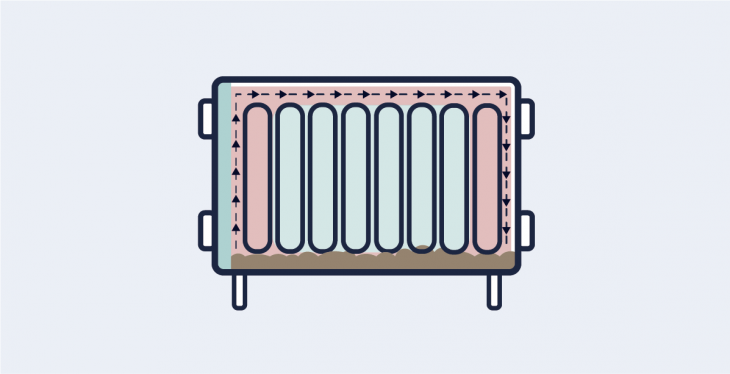 If limescale isn’t the issue, another common problem that can affect the effectiveness of your heat exchanger is central heating sludge. This is caused by particles of dirt from the water coming with rust from inside the radiators and pipes, forming a gooey sludge like liquid.

The problem with central heating sludge is that it can cause blockages in your pipes, radiators and boiler components such as, you guessed it, the heat exchanger, leading to inefficient and ineffective heating as well as cold patches on radiators (which also results in higher energy bills).

If you suspect you may have sludge in your system, there are some steps you can take to get it removed and prevent a buildup in future:

If the issue isn’t caused by a limescale build up or by central heating sludge, it may be that your heat exchanger has become faulty or damaged on its own through wear and tear over time. To diagnose a damaged or faulty heat exchanger, check the following:

When your boiler is turned on, the burner flame should be steady and blue in colour. If you find that the flame is moving or flickering a lot and yellow in colour, this can indicate either a dirty burner or a crack in your heat exchanger.

As mentioned earlier, a crack in the heat exchanger can lead to a water leak which gathers in the casing of the boiler. If you can’t locate where the leak is coming from, make sure to call a Gas Safe engineer to take a look for you.

A crack in the heat exchanger could also cause a carbon monoxide leak, a highly dangerous gas.

If you have a carbon monoxide alarm and it is sounding, this means carbon monoxide has been detected and you should leave your home immediately and call the National Gas Emergencies number on 0800 111 999 as this can be fatal.

Cracked heat exchangers can sometimes release an unusual smell that is similar to that of formaldehyde. The smell can lead to headaches and other symptoms such as watery eyes. If you smell this odour, make sure to contact a Gas Safe engineer immediately to get it checked out.

How Much Does it Cost to Replace a Heat Exchanger Vs Replacing Your Boiler?

The cost of a new heat exchanger typically lies between £400-£600- a hefty bill to pay if your existing boiler is old and the warranty on parts has expired.

In most cases, it makes more sense financially to replace the boiler itself as if you’re experiencing problems with your heat exchanger, other problems which require more costly repairs are likely to crop up soon too.

Not to mention, a new A-rated efficient combi boiler could help you to save up to £380 on your fuel bills each year, making it a worthwhile investment. Get a free, fixed price quote on a brand new boiler plus installation today with iHeat. 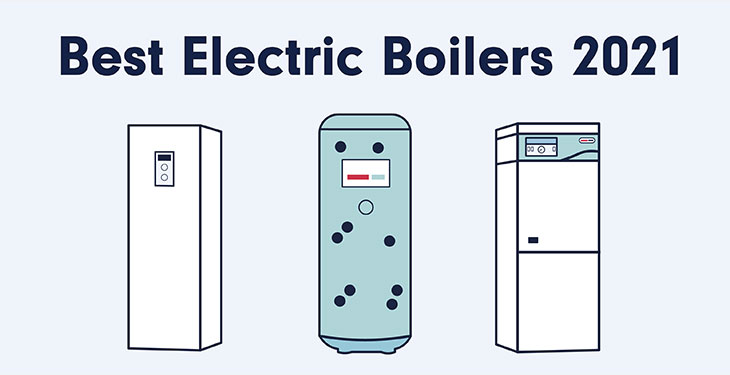 In this guide, we are going to talk about electric boilers, addressing the pros and cons of this boiler system to help you decide whether this is the... 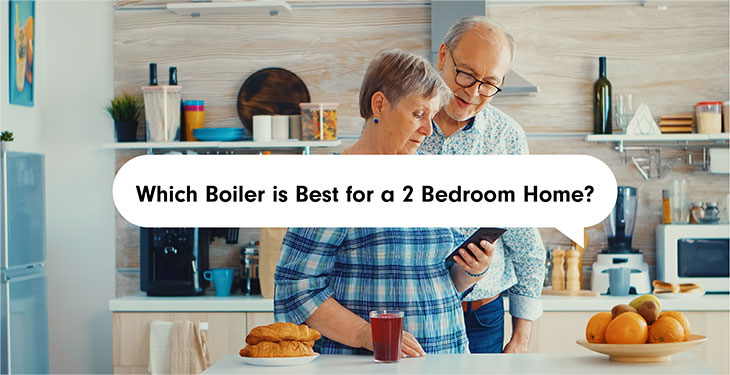 Which Boiler is Best for a 2 Bedroom Home?

When your old boiler breaks down and it comes time to replace it with a new one, it might appear tricky to choose the best one for your home, particul... 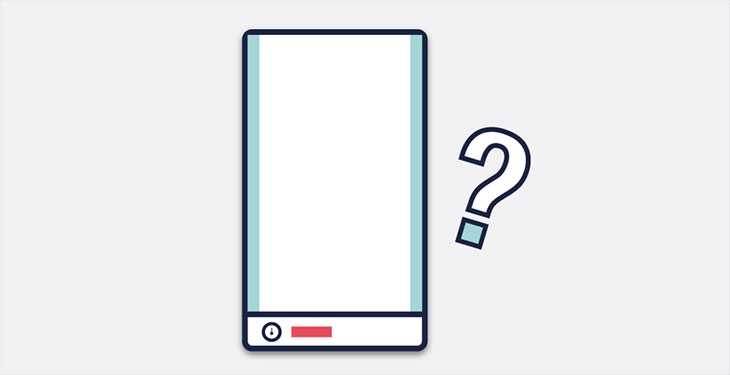 A combi boiler is a high efficiency water heater and a central heating boiler. Have a read in more detail if it's the ideal solution for your home.