Hydrogen boilers are a great alternative to natural gas heating systems, but they can also be hard to choose from. 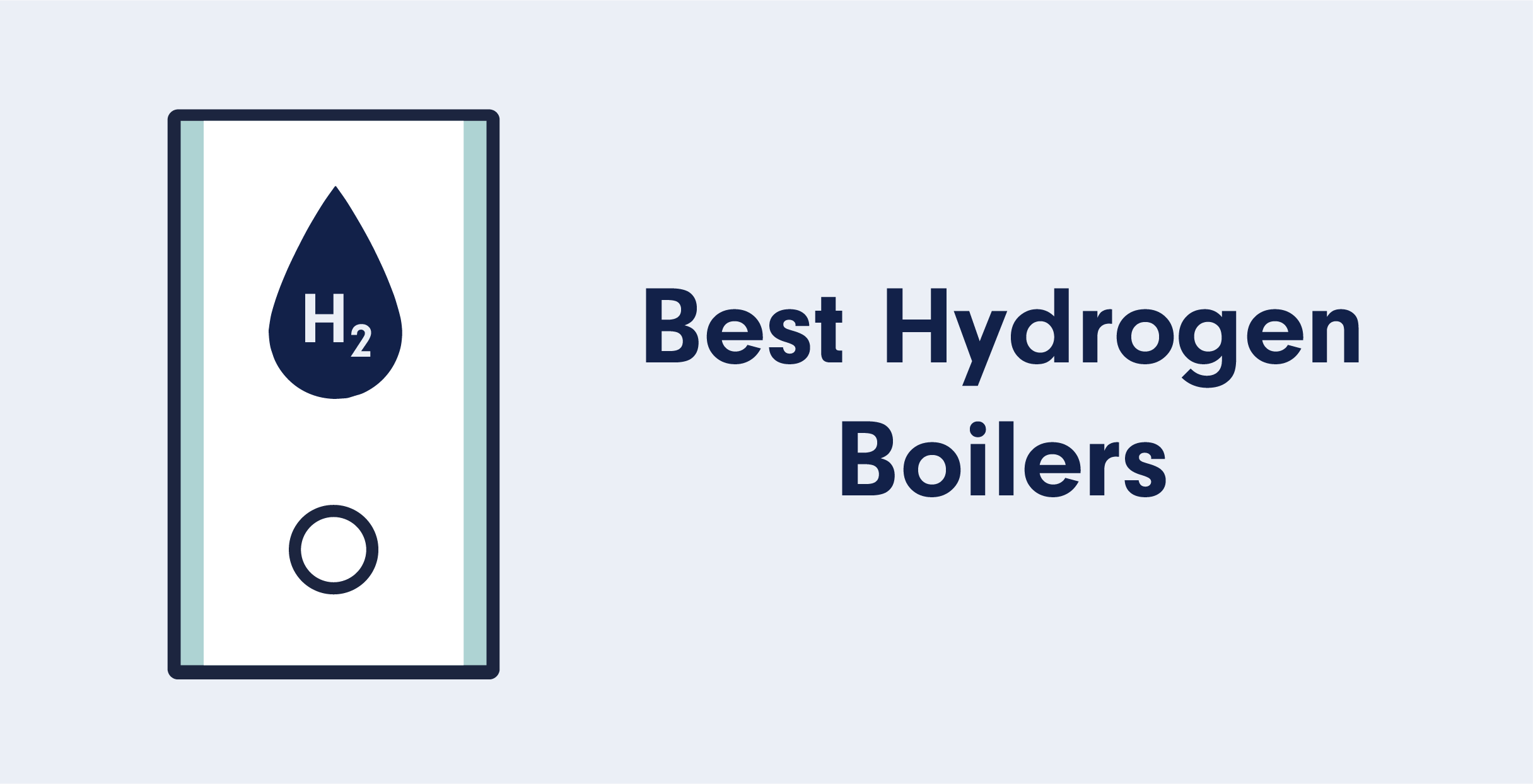 What are Hydrogen-Ready Boilers?

A hydrogen-ready boiler is supposed to be the future of the UK's heating system, created as a response to increasing global warming and the use of natural gas for almost every heat and energy need in the country.

Using hydrogen gas, these boilers are more eco-friendly but can still use the same gas network and infrastructure.

In terms of how they work, they are just like any non-hydrogen boiler you might already own: they take hydrogen fuel and use it to power the central heating system, as well as providing you with hot water on a regular basis.

What you will also find is that most best combi boilers are also hydrogen ready such as the Viessmann 100-W 2021 model.

Internally, hydrogen boiler is more or less identical to that gas boilers, with only a few extra parts specific to using pure hydrogen fuel.

This means that existing heating systems can use them, as can the whole gas network that your home may already be using.

Heat pumps are a tool that is already used to help manage home heating, pumping heat from one place (such as a garden) to the water system of your home.

This is because a hydrogen-ready boiler can be installed just like a normal gas boiler. If every home in the country could switch to a hydrogen boiler at once, then the entire infrastructure could change without issue.

Hydrogen production is a form of renewable energy generation, so linking it to central heating could prevent a massive percentage of carbon emissions from residential homes.

A decent hydrogen boiler acts like any other gas boilers: it provides heating and hot water. The main difference is the lack of carbon emissions and the low-carbon heating, as well as the higher overall efficiency on offer.

Can I Get Hydrogen Boilers Right Now?

So far, hydrogen boilers are a 'work-in-progress' and have not been fully finalised yet, but will begin to start slowly rolling out across the UK in the near future.

Hydrogen-ready boiler designs are mostly being pioneered by Worcester Bosch and Viessmann, two companies that are known for their great appliances and excellent standards of quality.

This means that they will not see any widespread usage until they are fully developed, but the project is already coming along faster than expected. In the near future, you will probably see a long list of hydrogen boilers available.

Why Should I Use Hydrogen Boilers?

Hydrogen boilers are meant to combat climate change and lower emissions, but how does that actually work? More importantly, what sort of benefits do they offer?

Burning hydrogen releases no carbon - it only creates water. This means that pure hydrogen would produce no waste products while it is burning, making the material itself almost 100% efficient (not counting the energy needed to actually burn it and power the boiler as a whole).

Even if the hydrogen is somehow tainted with other gas, hydrogen-ready boilers would be able to use it as efficient fuel anyway.

It Does Not Use Limited Natural Gas

Natural gas is running out - the natural gas we use for power, at least. Without an easy way to synthesise this natural gas, a regular boiler would eventually run out of fuel, and it is hard to make a natural gas boiler accept anything else.

Hydrogen is already sometimes used to bulk up natural gas and make it last longer, so replacing all of that natural gas with hydrogen is definitely possible.

Unlike natural gas, hydrogen is not incredibly limited, and we have ways to create it ourselves (even if the technology is still only partially finished).

One kilogram of hydrogen would be equivalent to just under three kilograms of gas, meaning that a boiler that can run on 100% hydrogen is almost three times as efficient. Helpfully, this efficiency would not come with a reduction in power, so boilers would not get weaker if they switched over.

The Industry is Already There

One of the biggest concerns with alternative energy is that the industry to develop it does not exist yet. However, 100% hydrogen can be piped through the existing industry and infrastructure used to move gas around.

There are already 20+ hydrogen-powered car filling stations in the UK, so the future is slowly creeping closer.

This means that switching over would not be all that difficult. Hydrogen gas is still gas, so it can go through the normal gas network and provide the same benefits to a hydrogen gas boiler.

Eventually, we will move to hydrogen in one way or another. It is very likely that the national grid will be supplemented with hydrogen, and your boiler may not be far behind. Once trained in the installation, any engineers would be able to complete a hydrogen boiler installation.

Drawbacks of a Hydrogen Boiler

Hydrogen-ready boilers are not perfect, though, even the Worcester Bosch models. While trials are underway in places like Keele University to adopt hydrogen into existing natural gas systems, a full switch-over would always carry some problems until they could be dealt with directly.

The technology to mass-produce hydrogen in a suitable way for gas-safe boilers is not quite here yet. So far, we can create it with electrolysis (splitting water molecules, which takes time and energy) and steam methane reforming (refining steam, which creates carbon anyway).

This means that we could refine steam into low-carbon heating, but using electrolysis to synthesise hydrogen ourselves would be much harder. The technology is still improving, but it is not quite at a level where we can fully replace existing gas and fossil fuels in your heating systems.

Currently, it is easiest for us to store hydrogen as a liquid in low temperatures, which can make it hard to transport. It also means that new appliances might have to be added to the existing gas network we currently have, just to make sure that it can be stored properly.

The cost of storing this hydrogen properly while also keeping it away from extreme cold or heat is something that the government still needs to work out. If there are risks to storing hydrogen in certain ways, they have to be figured out before the entire heating system is replaced with it.

Hydrogen stores a lot of energy, and that means that a lot of energy can be released if it burns. While this will not create carbon dioxide or require carbon capture measures, a hydrogen-ready boiler malfunction could easily become a safety risk.

This applies to other situations, too. Combined heat and power supplies can break or leak, and even in mixtures of hydrogen and other gas, the low carbon content makes it hard to detect with a normal fire alarm.

Hydrogen is carbon-free, but it is not necessarily a safe gas. Safe boilers are the only ones that should be used in residential homes since unsafe gas boilers can easily cause fires, deaths, or permanent injuries. Until the government thinks that they are developed enough, hydrogen boilers will not be ready for installation.

Boilers also need engineers to set them up, and some hydrogen gas boilers may have parts that are not in normal boiler designs. This means that engineers may have to be re-trained before they can even start installing one.

What is a Hydrogen Fuel Cell?

Hydrogen fuel cells are an offshoot of most hydrogen research currently being done. Fuel cells are a way to store hydrogen and turn it into electricity at no real cost to the efficiency it offers, meaning that hydrogen could be used as part of the UK's electricity network as well.

This is important because it means that a hydrogen boiler would be able to get electrical power from hydrogen directly.

This electricity is just regular electricity, although the technology to make this safe and reliable is still being worked on. If it works, the national grid may be able to use hydrogen just as smoothly as your own central heating system.

Should I Use Hydrogen Instead of Natural Gas?

Getting a hydrogen-ready boiler straight away can seem like a great idea for protecting the environment, but remember that hydrogen gas boilers are still being worked on.

The technology for 100% hydrogen boilers is not fully explored, and neither is the technology needed to start producing hydrogen without the absurd cost.

The government is treating hydrogen like a long-term project because it is: the cost of creating hydrogen makes it much more difficult to work with until it can be synthesised for a lower price.

As a carbon-free gas, it only makes sense that eventually, the government will make it the standard option to oppose the current climate situation.

If one of the Worcester Bosch hydrogen-ready boiler designs turns up, do not be afraid to buy it and replace your natural gas boiler.

Heat pumps can work well for short-term heating, but a boiler that accepts natural gas is always better. Once hydrogen becomes standard, you can switch over without needing to buy another boiler.

Are You About to Spend Too Much on a New Boiler?

Many people overspend on a new boiler. We run through some tips on how to ensure you are not overcharged for your new unit. 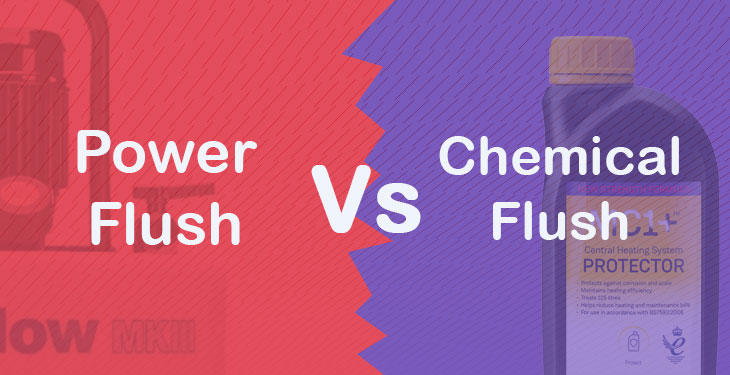 Both a power flush and chemical flush are forms of system cleaning you can use for your central heating system. Read our guide to see prices and what... 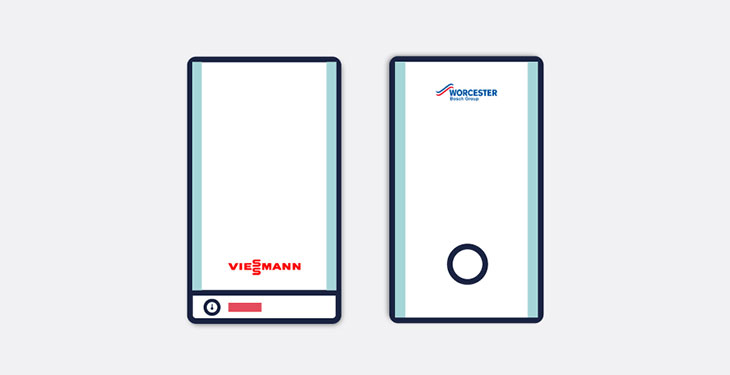 Finding the best combi boiler for your circumstances can prove difficult. Find iHeats recommendations for the best 5 boilers on the market in 2022.